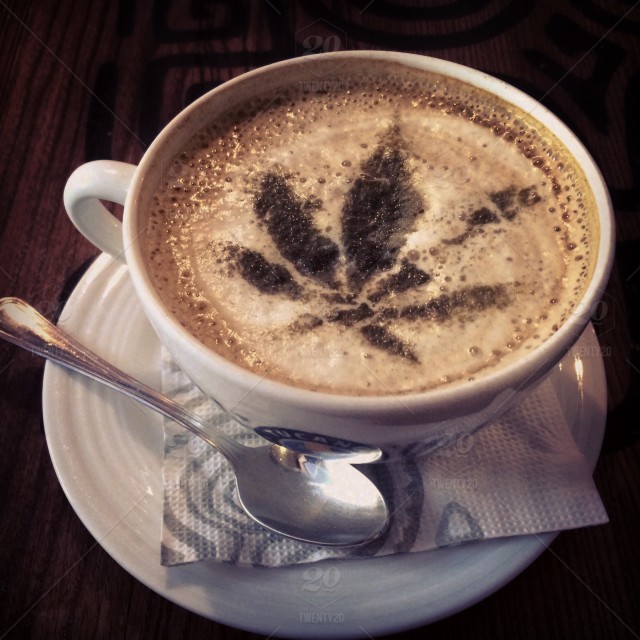 According to a GEN – genetic engineering & biotechnology article, researchers found that the consumption of coffee stimulates the complex network of neurotransmitters, also known as the endocannabinoid system (ECS), much like that of cannabis. ECS consists of a biological structure composed of endocannabinoids, which are essentially the "small molecules that activate the cannabinoid receptors" (Jikomes). ECS is a system that is necessary in maintaining homeostasis on a cellular level. Furthermore, ECS is also responsible as it acts as a regulator for stress response, appetite, addiction, energy, and much more (GEN). 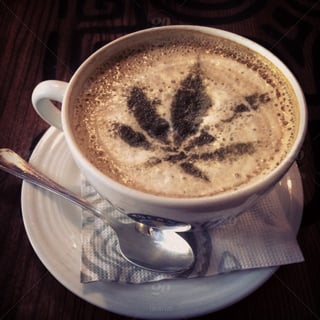 In the article, “Coffee Consumption Affects Cannabinoid Metabolism” (GEN), "forty-seven habitual coffee consumers refrained from drinking coffee for one month, consumed four cups of coffee/day in the second month, and eight cups/day in the third month" (GEN). Researchers found that with increased coffee consumption, the blood metabolites of ECS decreased. Researchers also noted that the increase of coffee consumption seems to trick our bodies into thinking it is in a state of stress which triggers decreased metabolite release in the ECS It is hypothesized that this occurs to bring equilibrium to the stress to the stress response brought on by coffee. Research also has linked coffee consumption “assist[ed] weight management and reducing the risk of type 2 diabetes” (GEN).

The article also investigates THC interaction within the ECS. Though components of caffeine and THC are different, they are highly reactive with the receptors in the ECS. When THC components interact within the ECS, the "high" that users feel ultimately stem from the THC activating the CB1 receptor within the brain. Because the "metabolic enzymes that [normally] break down other endocannabinoids [are slower when breaking down CB1], the THC lingers around for much longer," thus allowing the user to feel high from the psychoactive components of THC (Jikomes). And because it is a psychoactive component, our body reacts to the THC which stimulates our appetite & stress level. But when coffee interacts within the ECS, metabolites decreased as a result of caffeine and endocannaboid interaction. Research also has linked that coffee consumption "linked to assisting weight management and reducing the risk of type 2 diabetes" (GEN).

Although coffee and THC process react in the same apparatus within the ECS, both encompassed completely opposite reactions and yielded different results. This research also suggests that coffee & THC ingestion can impact people's diets and ultimately their pattern of food consumption.

We are hoping that more research like this is done as the cannabis industry continues to grow and regulations are being developed. The lab testing requirements, regulations, and overall consumption are three major factors on the importance of increase in cannabis research. Learn how viscosity can play a role in the lab research of cannabis products here.