Importance of Viscosity: How to Measure it

In simplest terms, viscosity is defined as “the resistance to flow” and is often referred to as the thickness of a fluid. The concept of a fluid having a “thickness” has existed for thousands of years, however the term “viscosity” was not introduced until 1929. Even Newton referred to viscosity as “the lack of slipperiness of the parts of the liquid” (Sir Isaac Newton, Principia, 1687).

When measuring viscosity, it is important to know if the fluid you are working with is Newtonian or non-Newtonian. Viscosity of Newtonian fluids is constant and therefore independent of shear rate whereas the viscosity of non-Newtonian fluids is not constant and therefore dependent on shear rate. (1) Many viscometers on the market today are only capable of accurately measuring viscosity of Newtonian fluids, when in reality most fluids are non-Newtonian. And, often only approximate the apparent properties of fluids, failing to quantify the absolute or true viscosity, which is one of the most important parameters in the development and modeling of applications that involve fluid flow. Behavior of Non-Newtonian fluids affects both production and how they are applied (ex: injectability, lubrication, spreading, jetting or drinking). Viscometers that don’t allow you to control shear stress or shear rate cannot adequately characterize Non-Newtonian liquids, and it is difficult to understand your sample’s behavior under production or application conditions without the ability to test under these same conditions.

Learn more about how RheoSense’s VROC technology works here! If you’re ready to see our technology in action, contact us to schedule a free demo of any of our VROC powered viscometers!

Learn More about our VROC Technology 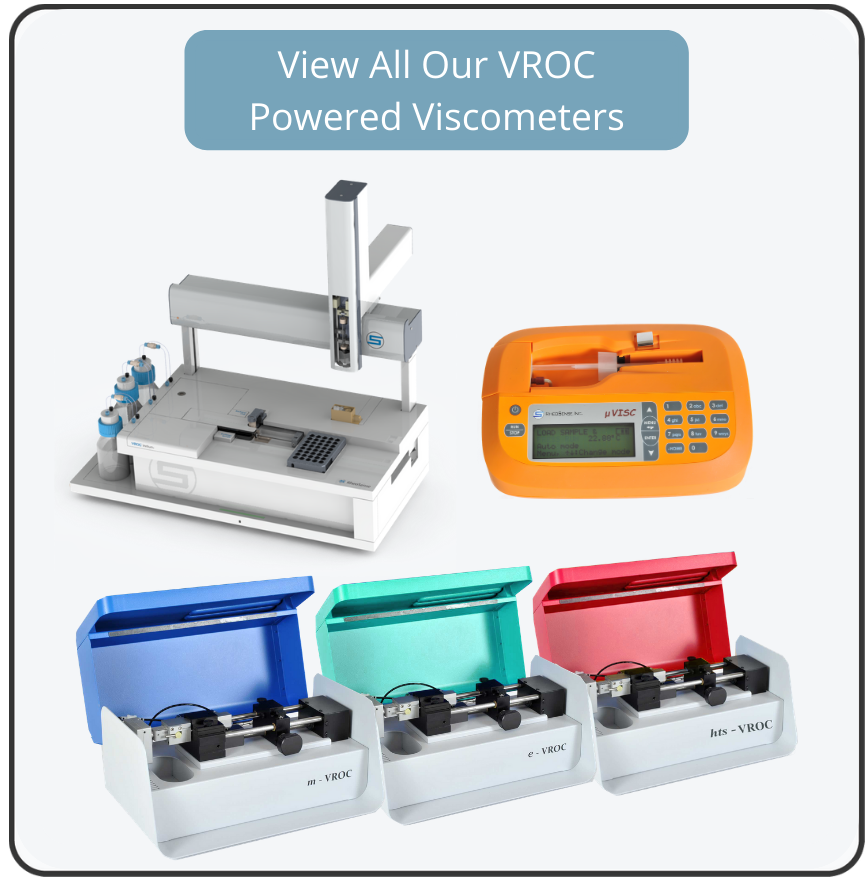