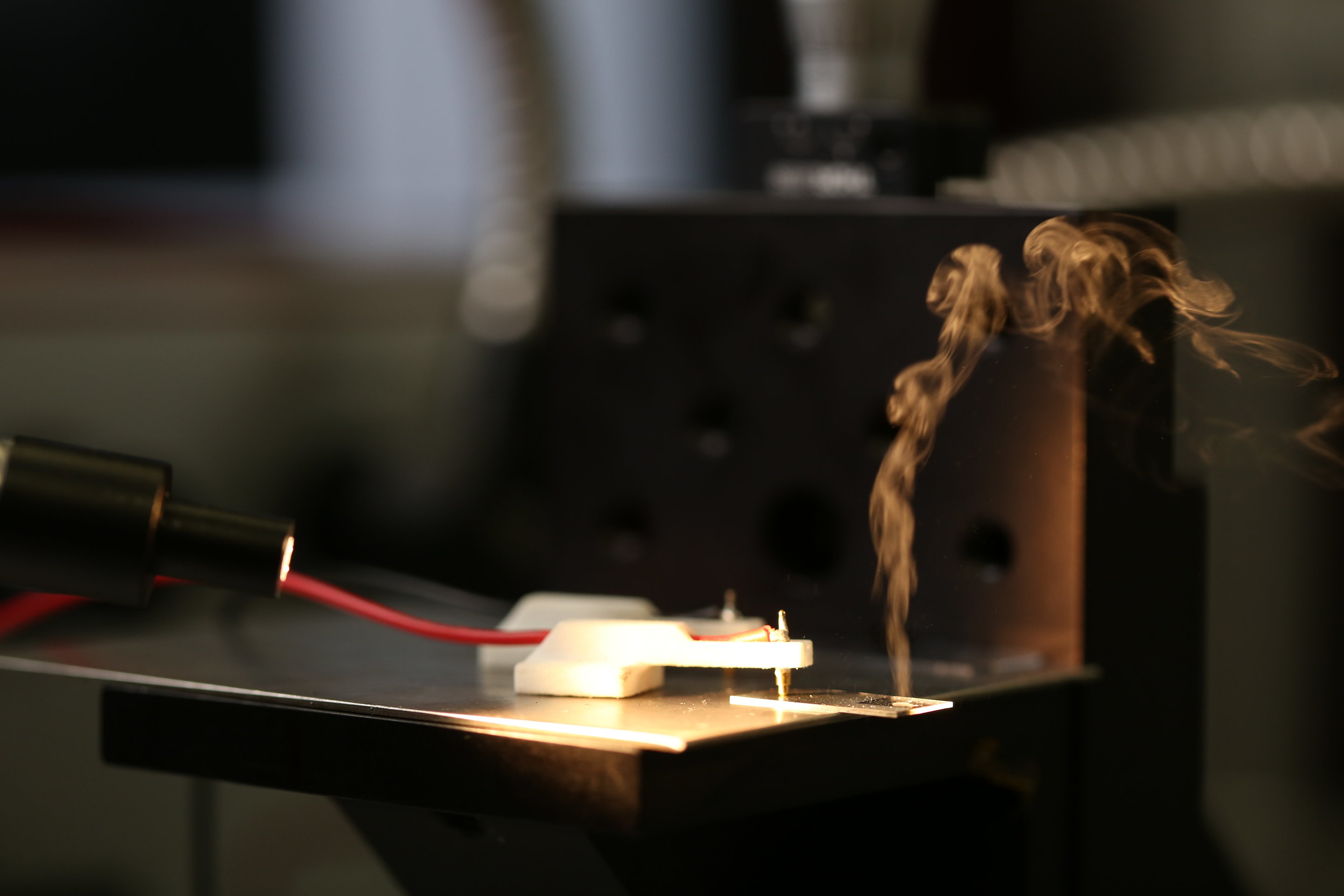 In an article published in the August issue of Applied Microbiology and Biotechnology, by University of California, San Diego, a group of scientists and engineers achieved a new method of drug delivery after years of research. This new delivery method incorporates the diffusion of 'potent disinfectants for airborne delivery' via atomization, which the article defines as "[creating] fluid capillary waves, which in turn emit droplets and generate mist" (UCSD).

The device is designed to make it easier to keep hospital rooms clean, which is critical for patient care. "Cleaning and disinfecting environmental surfaces in healthcare facilities is a critical infection prevention and control practice," said Dr. Monika Kumaraswamy While the devices initial design is centered around atomizing disinfectants onto environmental surfaces, the research team also has visions of broader applications, including a delivery method for a new class of medications via inhalers.

Drugs and other disinfectants such as Triethylene gylcol have never been atomized due to their viscous nature. According to the article, fluids are generally atomized by mechanical methods which are limited to fluid characteristics such as viscosity. As a result, most drugs and other disinfectants such as Triethylene gylcol (TEG) have never been successfully atomized due to its viscous nature. In their study, they found that the, "device worked well on pneumonia-causing bacteria and on various multi-drug resistant strains of other pathogens, atomized TEG did not eliminate MRSA (Methicillin-resistant Staphylococcus aureus). Hopefully in the near future, this device will be able to revolutionize sanitation, prevent health hazardous airborne infections, and overall improve the quality of human life in all places.

Though this device is not yet available, "the team is currently working an updated prototype to use in a hospital setting, a process that they expect to take one or two years" (UCSD).

On a side note, if you haven't already RSVP'ed for Dr. Stacey Elliott's webinar "Viscosity. It is NOT just one number!" on Wednesday (8/8), it's not too late. Click here to reserve your spot now! Spots are limited and will not be available when cap is reached.