Across the globe, the transportation industry has begun shifting towards electric vehicles. From dedicated companies like Tesla, to older automotive companies like Volkswagen, the entire industry is embracing the EV trend. This is primarily due to climate change and the gradual shift away from fossil fuels like gasoline. However, one of the biggest hurdles to overcome in EV proliferation is that of thermal management. 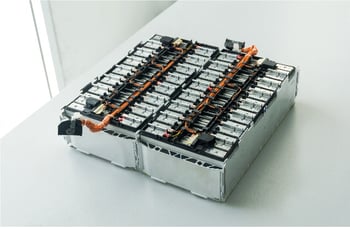 Heat buildup has been a concern across the electronics industry; temperature alone accounts for about 42% of all electronic faults [1]. However, the scale required for electric vehicles makes battery thermal management more difficult, and more dangerous if not done properly. Many solutions have been proposed and are being tested. Thermal conductivity is a key parameter needed for this research in order to accurately model the heat transfer.

What is Thermal Conductivity? 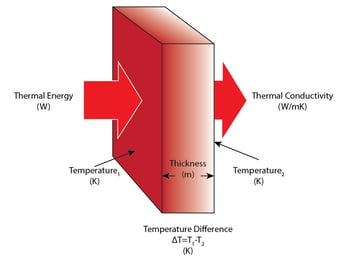 Figure 2: A diagram showing one dimensional heat conduction through a plane wall

PCMs are often used within the battery, as an interstitial material between the cells. They will absorb the heat being generated, and eventually that heat will be used to change the material form a solid to a liquid, thus preventing temperature increase. Since the PCM is in direct contact with the battery, a high thermal conductivity is desired to increase the rate of heat transfer.

A study from the University of Windsor examined the impact of adding graphene nanoparticles into a wax PCM, the results of which can be seen below.

Figure 3: Graph showing the increase of thermal conductivity in the solid face with increasing nanoparticle concentration [2]

This particular material changed phase at 60°C, meaning that prior to that it was in the solid phase, and afterward the liquid. These results show that adding the nanoparticles had a significant increase on the thermal conductivity in the solid phase but had no impact on the liquid phase. This was accomplished by the addition of graphite nanoparticles which, despite their small size, can greatly increase the thermal conductivity of the entire material.

Measuring the Thermal Conductivity of PCMs

Characterizing PCMs can be difficult. Most methods are unable to characterize liquid materials, and many have high temperature demands which pose problems for flammable materials such as wax. One method, the Modified Transient Plane Source (MTPS) can circumvent both of these problems. 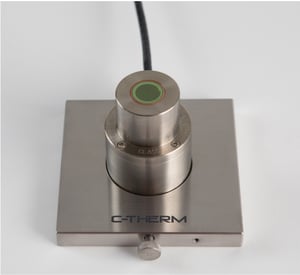 The MTPS method uses a very small heat pulse to accurately measure the thermal conductivity of samples. A known current is applied to the sensor, generating a heat pulse into the PCM.A guard ring surrounds the sensor, which ensures one dimensional heat transfer from the sensor into the sample. The change in voltage at the interface is recorded, and the thermal conductivity is found based on calibrations in the software. 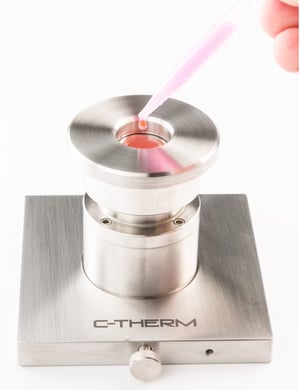 Figure 5: MTPS sensor equipped with the liquid cell for measuring the thermal conductivity of liquids or powders.

The MTPS is also able to measure the PCM in its liquid state. This is accomplished by the use of a liquid cell. This small metal apparatus has an O-ring to contain the liquid, and the test is performed the same way as for solid materials. The heat pulse that is generated is fast, as low as 0.8 seconds, which stops natural convection from being a source of error.

Battery thermal management systems are an increasingly important area of research as the automotive industry trends toward electric vehicles. The use of phase change materials is one of many methods used to help remove heat from the battery cell. The thermal conductivity of materials such as these is a necessary parameter to accurately understand how the heat will travel, and thus the safety of the system as a whole.