Using Viscosity to Probe and Characterize Proteins and Excipients

While it is defined as “a fluid’s resistance to flow”, at a molecular level viscosity is a measure of the molecular interactions within a fluid.

Proteins are important biological molecules that can be powerful drug candidates. Concentrated protein solutions are complex fluids containing more than just the protein, but also surfactants, stabilizers, and salts. These components all interact with each other and can influence solution viscosity. So, viscosity measurements can be used to infer information about protein formulations, such as differences in protein size and protein-protein interactions. The rheological behavior of protein solutions will reflect differences in protein size as well as the formation of complex structures or networks resulting from various types of molecular interactions.

Measuring viscosity over a wide range of shear rates provides information on the molecular interaction strength and the extent of structure formation within the solution. These interactions and structure influence important rheological parameters like the critical shear rate which denotes the onset of shear-thinning in the fluid. Shear thinning is the most commonly observed non-Newtonian fluid behavior. Shear thinning fluids, also known as pseudo-plastics, are ubiquitous in industrial and biological processes. The process of shear thinning is a result of fluid structure disruption that manifests as a decrease in viscosity as shear rate increases.

Viscosity measurements can also probe how formulation changes impact protein solutions. Intermolecular interactions can be probed by introducing and quantifying changes in rheological properties as the formulation is altered. A commonly used rheological modifier in protein formulation is the amino acid arginine. Arginine is a charged amino acid at neutral pH, with a side chain comprised of a three-carbon chain ending with a charged guanidyl group. It has been speculated that arginine stabilizes proteins, specifically antibodies, in solution, which manifests as a reduced viscosity when compared to formulations lacking arginine. In our new application note, we demonstrate that viscosity is a useful tool that can probe and characterize both proteins and excipients used in formulation science. 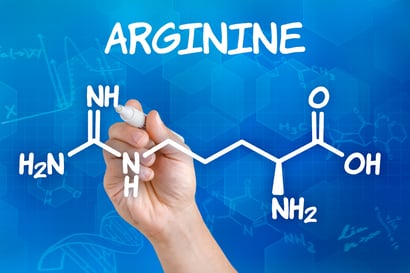 Want to learn more about how proteins can be differentiated with automated viscosity measurements? Download our application note “A Tale of Two Proteins” to read more about how to use viscosity measurements to infer molecular interactions and solution microstructure, and how intermolecular interactions can be probed by introducing excipients like arginine.

Check out our library of application notes on protein related applications. 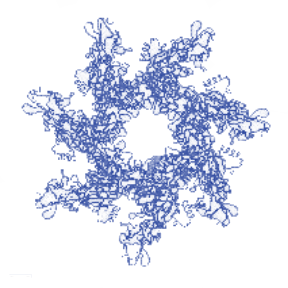