Back to Basics Webinar: non-Newtonian Fluids

Whether you are a expert Rheologist or just getting into fluid characterization, you may be familiar with the terms Newtonian vs. non-Newtonian behavior. Never heard of it? No problem!

Newtonian fluids are essentially fluids that have a linear relation between shear stress (mPa-s) and shear rate (1/s). This means that no matter the force applied (shear rate), the viscosity remains consistent and the same value. A few good examples of non-Newtonian fluids would be water, organic solvents, and honey. 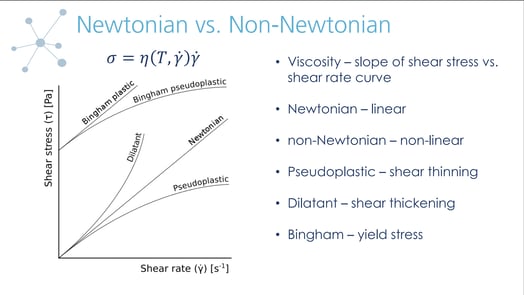 Flow behavior of complex fluids is traditionally characterized through the distinction between Newtonian and non-Newtonian based on each fluid's viscosity dependence on the rate of deformation and the rate of shear rate. Successful characterization of viscosity is key in determining if a fluid is Newtonian or non-Newtonian, and what range of shear rates needs to be considered for an specific application. Proper understanding of rheological properties such as shear stress, shear strain, and shear rate are vital in practical applications such as inkjet printing, protein formulations, injections, and food and beverage manufacturing.

Learn more about RheoSense viscometers and how they allow measurements of true viscosity over a wide range of shear rates.

Download our back to basics webinar where we discuss the origins of non-Newtonian behavior and what viscosity data on these systems are telling you.

Many viscometers on the market today lack the ability to properly characterize shear rate and therefore determine absolute or true viscosity. Absolute viscosity is one of the most important parameters in the development and modeling of applications that involve fluid flow. RheoSense viscometers have redefined the way viscosity is measured with the benefit of VROC® technology. All RheoSense viscometers require only small sample volume, control from low to very high shear rates, and measure true viscosity of Newtonian and non-Newtonian liquids. 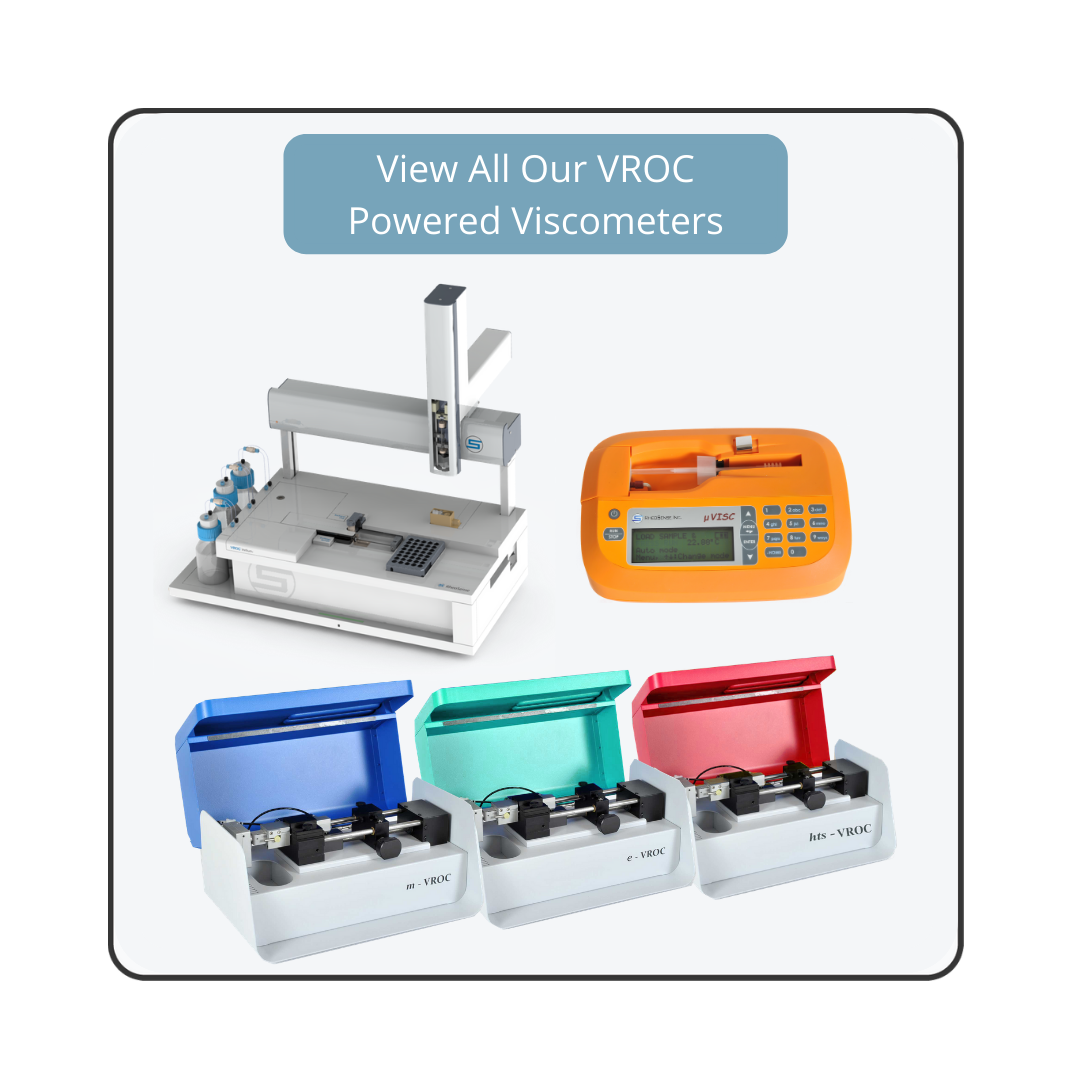 These Stories on Webinars

Data artifacts: Getting the Most From Your Rectangular Slit Viscometer